Our Story:
I ALWAYS feel guilty throwing out greeting cards from Christmas/Birthdays/Annivsaries, but lets be honest - they are REALLY repetative and they do take up a lot of space.  But the special ones - like the ones from my parents or my brother that have beautiful words hand written inside - or the one from my grandma that she gave to me right before she passed away - or the ONE and ONLY anniversary card that I got from my husband this year for our 5th anniversary.  They are special.  But I just put them in my "box of treasures", never to be seen again.  Until now. 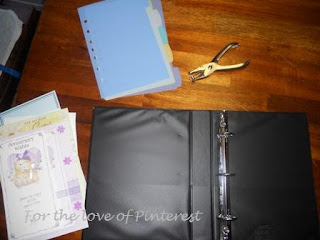 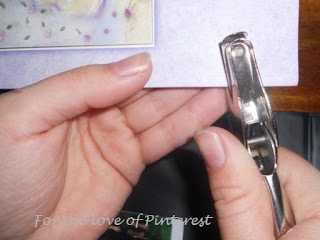 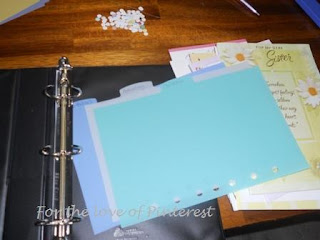 I went to Staples and bought a small binder and a package of small dividers.  When I sat down to make this little binder, I was scared because I had forgot to get a mini hole punch.  But I just improvised and used a single hole punch (I'll admit, it took longer, but it was cheaper than buying something that I'll never use again).

Verdict:
It doesn't hold as many as I first thought it would.  I may have to get a few binders (ONE for birthdays, ONE for anniversaries, etc.) but for now, I like that all my treasured notes/cards are in one place. 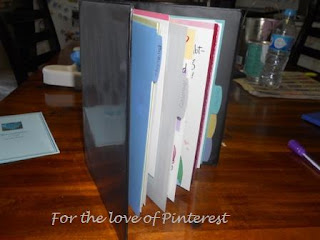 Posted by The Wife at 05:05
Email ThisBlogThis!Share to TwitterShare to FacebookShare to Pinterest