Our Story:
I was really excited/nervous to make these.  I knew they would either go over really well, or the kids would have a hissy fit and that would be the end of the night.  I'm not a mom who makes more than one meal - if they don't like what I make, they go hungry until the next meal (night time snack).
So the first thing I did was cut up the zucchini, sprinkle it with salt and let it start to dry.  Then I made the dip.  Everything going well - following the recipe.  I finished the dip after about 20 minutes and it says to leave the zucchini for over an hour, but I am impatient, so I dried it off with a towel after only 20 minutes.
Then came the coating!  After reading the warning on the website, I made sure that only one hand was getting wet in the eggs and I kept the other hand compeltely dry.  It worked really well.  And remember, only one zucchini at a time!  I changed up the recipe here though.  Instead of Panko, I used regular bread crumbs.  And instead of grated parm, I used grated chedder.  The bread crumbs worked great, the chedder cheese not so much.  It just didn't mix nicely into the crumbs and then I was left with a bunch of cheese at the end (which I sprinkled over the sticks on the cookie sheet).  Then I popped them in the oven! 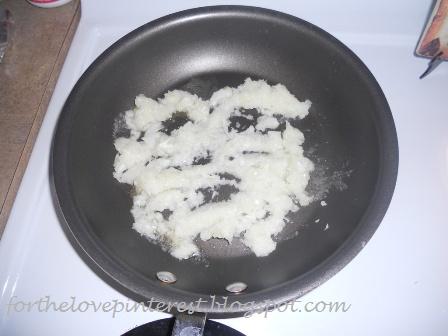 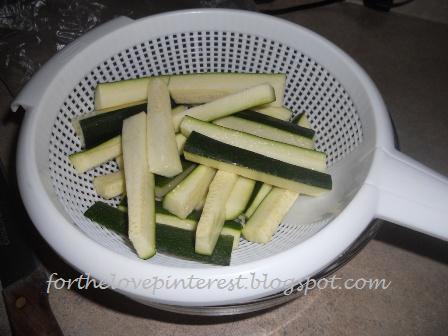 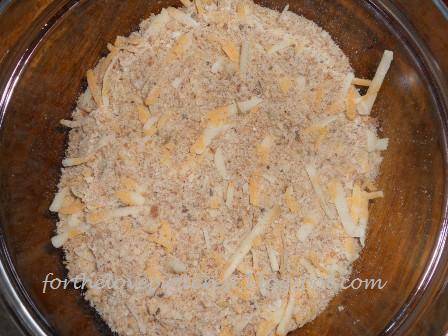 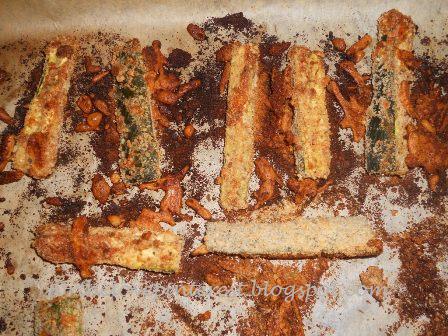 The Verdict:
First, the dip.  It sucked.  It was gross and I'm not sure if I messed up somewhere in the recipe or what, but we did not use it!  However . . .
With a little bit of ketchup, both my kids ate up the entire cookie sheet of zucchini sticks!  I was so happy!  That was all they wanted for supper!  I myself (on a little bit of a diet) used hot sauce instead of ketchup, but I'm thinking I might make them again and use salsa! 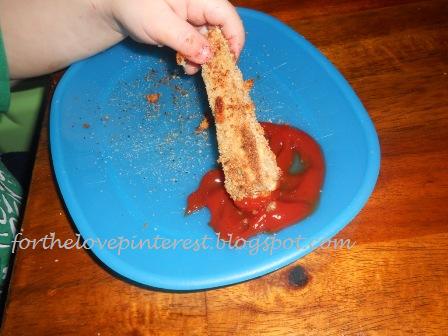