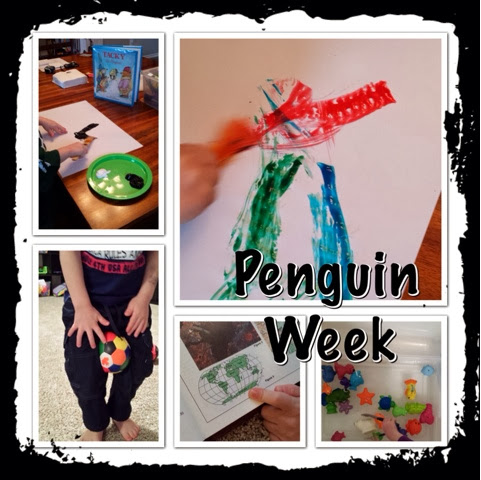 Get ready for a long post!  This was a busy week with lots of pictures.  I say that, however I don't think I will ever do a Penguin theme again.  It was really hard to come up with activities.  I think I am going to do an Arctic Animal week next year.  There are just more options.

We read this story, "Tacky the Penguin" by Helen Lester together and talked about how being different isn't a bad thing.  I told him that we were going to make a penguin and the first thing he said was, "I don't know how to make a penguin."  I told him it didn't matter because being different is good!  He knew what colours he wanted and off he went.  When he finished painting, we drew out shapes of his choice and then he cut them out and glued them onto the penguin for the beak and the feet. 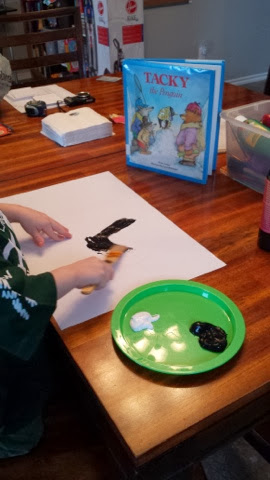 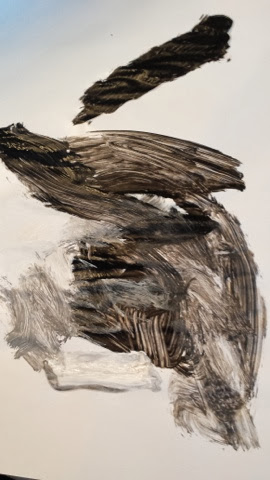 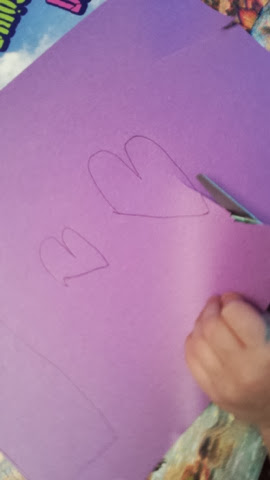 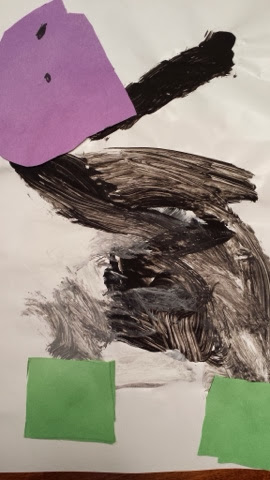 We had a waddle race in the basement with balls between out legs.  The bigger balls (and they weren't even that big) were really hard, so we switched it up a little.  Even his big sister had a blast with this activity. 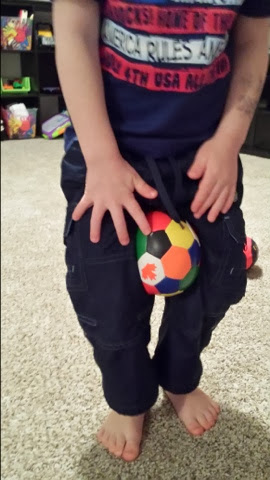 Our Sensory experience this week was Penguin related and it went a little like this . . .

Bath Toys + Tongs = Many made up adventures, imagination and fun!

We started on the kitchen floor so that they knew how to move them.  Then we moved to the bathtub! 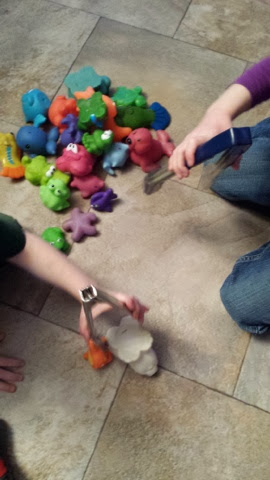 Yes, they are IN the tub with their clothes on and yes, the water did splash out of the plastic tub and they got wet.  It was a PJ night after that! 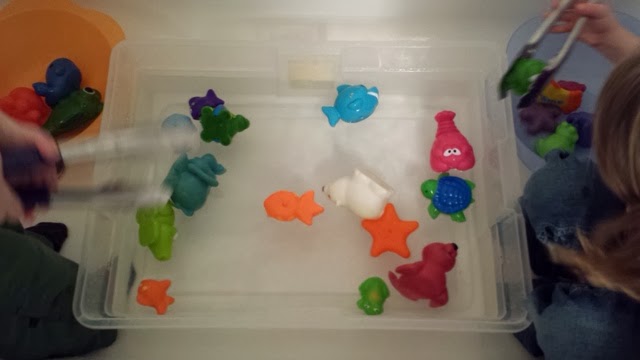 We talked about what covers a Penguins body and the difference between skin, fur and feathers.  After discovering that Penguins were like birds and had feathers, we painted with feathers. 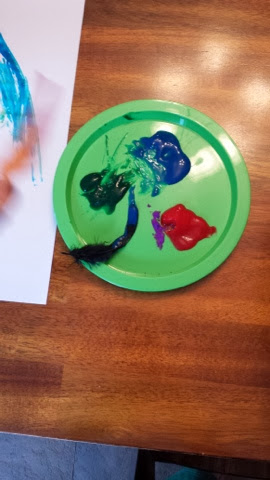 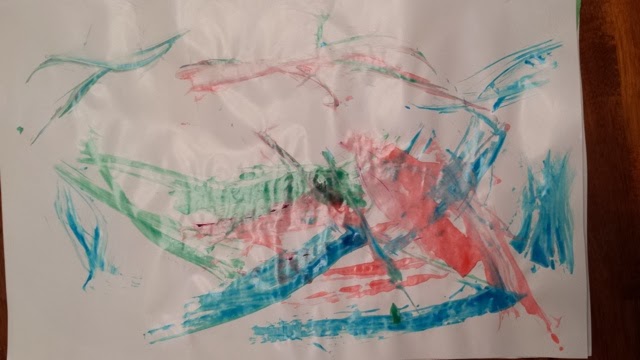 We even got some geography into the lessons and looked at an Atlas together.  We looked at a World Map and I asked him if he knew where Penguins lived.  This was where he pointed.  Not sure who taught him that (probably the TV), but he knew.  So then we went further and talked about North and South on a map.  One on the top, one on the bottom. 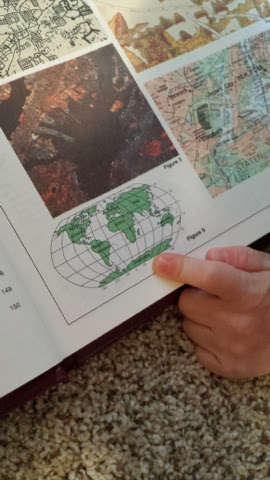 And that was Penguin Week!  Enjoy!


Posted by The Wife at 06:00
Email ThisBlogThis!Share to TwitterShare to FacebookShare to Pinterest