This week our focus on learning was
Cc
3
Square
Blue

We started the week with drawing shapes, letters and numbers in shaving cream that was bought from the Dollar Store.  As you can see, he was practicing his 'B' from last week.  He didn't like it when too much cream got on his hands, so he would run to the bathroom lots to wash.  The first time, he used the sink, but I saw that quickly getting messy so when he had to wash his hands, I turned on the tap in the bathtub.  It was quicker, cleaner and WAY easier! 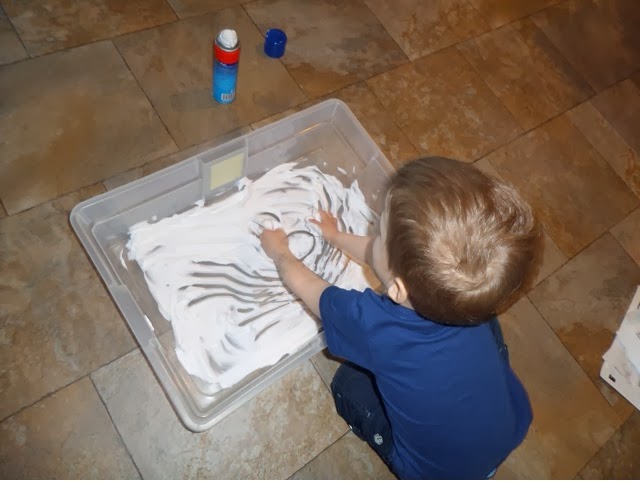 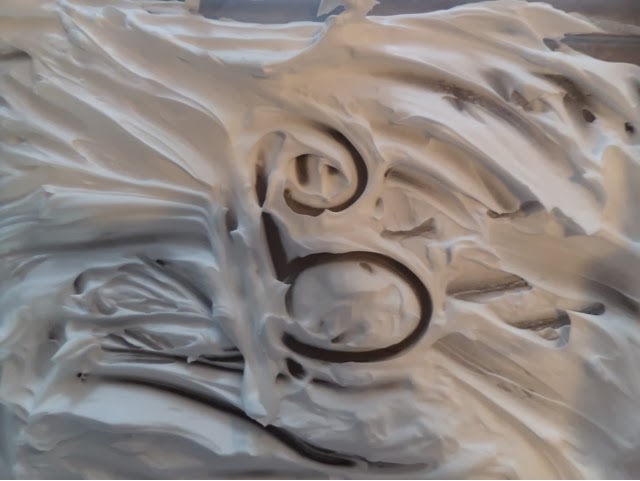 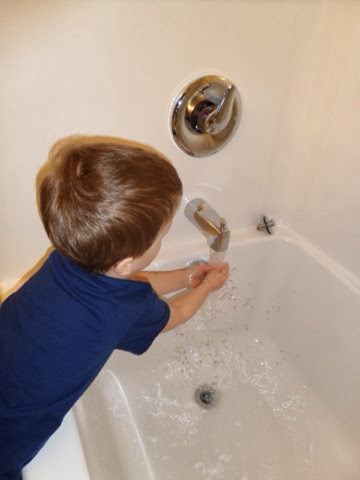 We also worked on sorting this week.  I laid down all of these shapes in front of him and asked him what colours he saw.  Then I asked him what shapes he saw.  Then I said, "OK, now sort them either by colour or shape."  At first he didn't understand, so I said, "Sorting means putting them in groups that are the same."  This was easier for him to understand and he did just that.  When he was done, we talked math for a bit more.  I asked him if there were more piles (categories) when he sorted by colour or shape.  He counted what was in front of him and then made his final decision.  Colours. 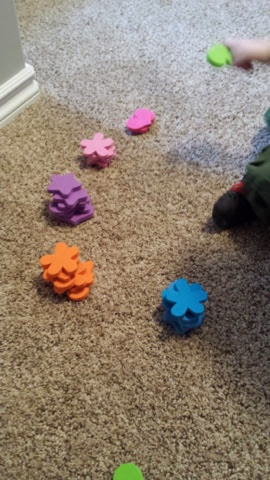 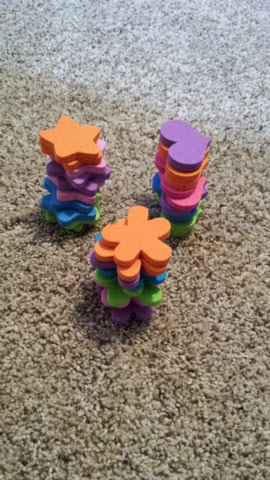 Plus many non-fiction books from the library.

Posted by The Wife at 06:00
Email ThisBlogThis!Share to TwitterShare to FacebookShare to Pinterest