In Kindgerarten, children should be able to state whole numbers from one given number to another.  There were three different parts to this activity, although I only have pictures from two.

Step One: Read books together.  Our favourite are "Ten Little Fish" and "Ten Little Bears".  The rhyming in the "10 Little Fish" helped my daughter predict what number was going to come next.  She could also count the characters in both books to help her even more. 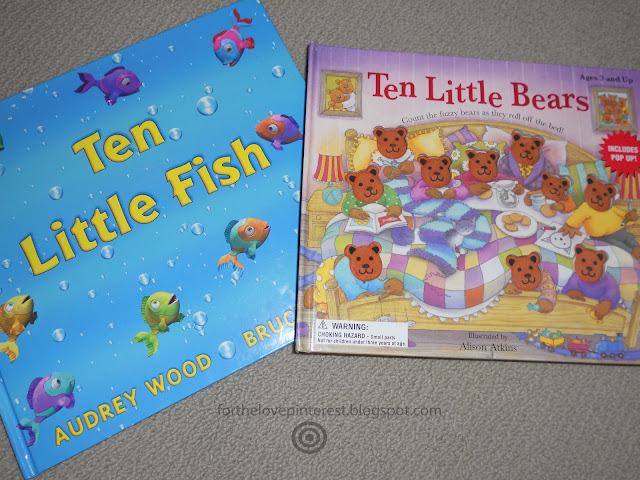 Step Two: Popsicle Stick Numbers: I wrote the numbers from 0-10 on the popsicle sticks and then mixed them up and turned them over.  My daughter would pick one and I would pick the other and she would have to count up or down from one number to the other.  We would take turns going back and forth and I would make mistakes sometimes but she corrected me!  The cat wanted to be involved to (as per usual) so he would reach out his paw and pick sticks for us every now and again. 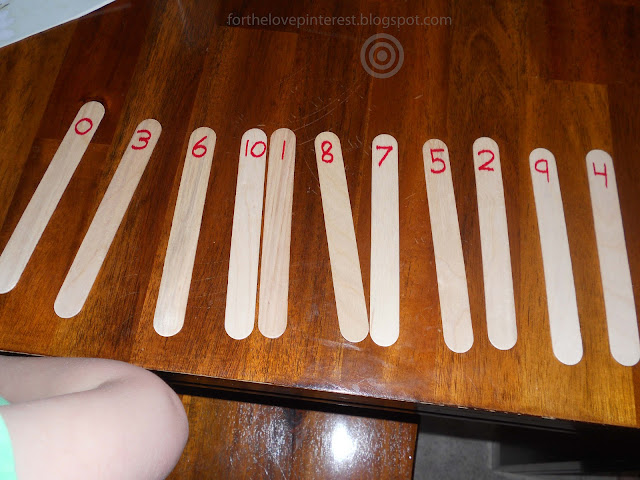 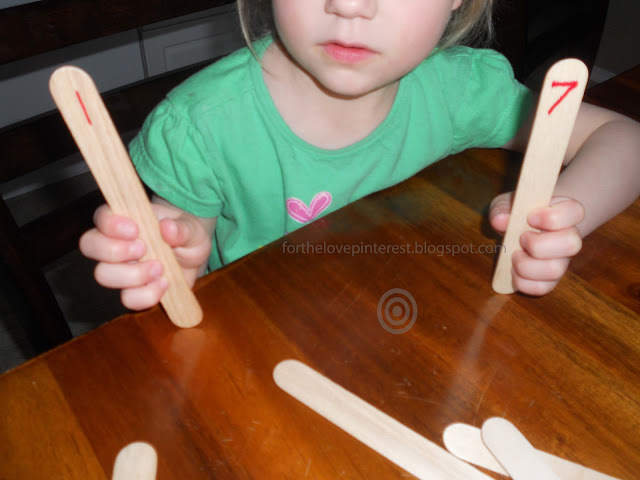 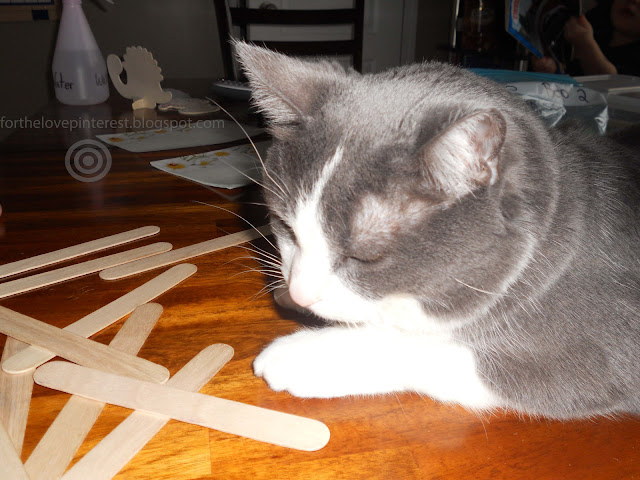 Step Three: Traffic Light Countdown.  This was fun and kept her busy on a trip to the other side of the city one day.  We would get to a red light and she had to countdown from 10-0 and see when the light would change green.  No mistakes, she did great and sometimes it even changed when she said zero!
Posted by The Wife at 05:00
Email ThisBlogThis!Share to TwitterShare to FacebookShare to Pinterest