In the four years that I have been in this classroom, we never had a listening center.  We borrowed a listening center from another classroom in my first year, but we only had it for a couple months.  We needed something high tech - yet cheap - and we knew that was going to be tough.
I found this idea on Pinterest and thought it would be a great starting point.  It was small . . . but would it be cheap?
An I-POD Touch is not cheap.  It's not horribly expensive, either, but it was too much money for me.  So I gave my husband a mission.  I told him what I wanted and told him to flyer shop for me (he's great at saving pennies!) . . . and he completed his mission wonderfully!
XSCargo had everything we needed!  An MP3 Player that had two head set outputs and two headsets . . . for just around $50! 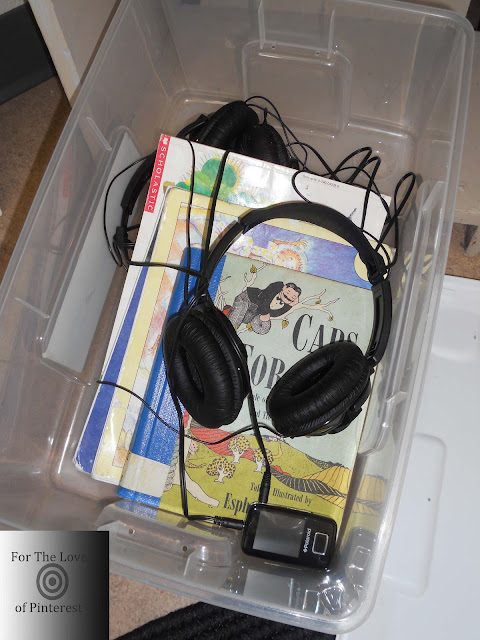 Where do you find the stories?  Online!  There are stories to download everywhere online, I actually downloaded a compilation of some kind with about 300 stories on it.  But we only put between 3-5 stories on the MP3 player so that it's easier for the kids.  We find the books that go with those stories, put them in the box and the kids now have a listening center that's portable and fun!
Posted by The Wife at 05:00
Email ThisBlogThis!Share to TwitterShare to FacebookShare to Pinterest