On a rainy, windy and cool evening, there's nothing better than curling up on the couch with some popcorn and watching a movie.  Unless you live in this house.  Then there's nothing better than having a super fun relay race where there is laughing, running, skipping, "cheating" and laughing.  Ya, I said laughing twice.  It's that important.  This is something SO easy, anyone could throw it together in 5 seconds.  And we did it in our living room, you don't need a LOT of space - it depends on the number of kids, their ages and how they are moving.  I just grabbed some foam shapes from another game and put them on the couch.  The orange for my son and the purple for my daughter.  There were 10 shapes in total.  Obviously, my daughter is faster, so instead of running (she's got that mastered) we told her she had to skip.  She can do it, but no matter how hard she tried to remember, she kept going back to running.  She's competative.  Our son was able to run, and he mastered that, too.  They had a lot of fun running back and forth through the living room.  And yes, there was some cheating.  My son would take more than one shape at a time and try to hide it.  Goof.  And when my daughter got too far ahead, my husband would hold her back and let her brother catch up.  Laughter all around! 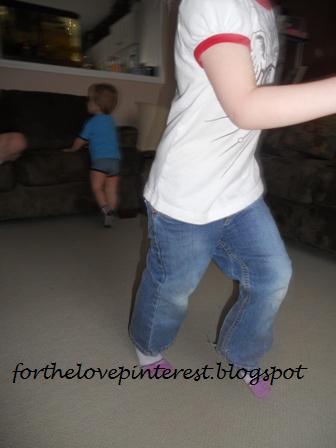 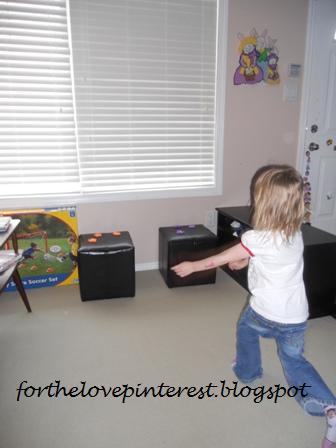 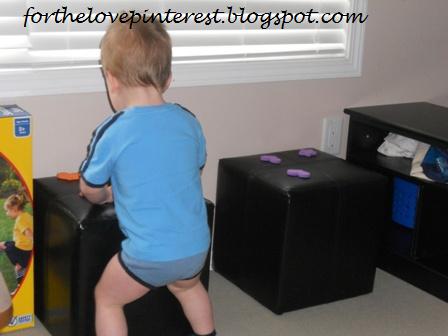 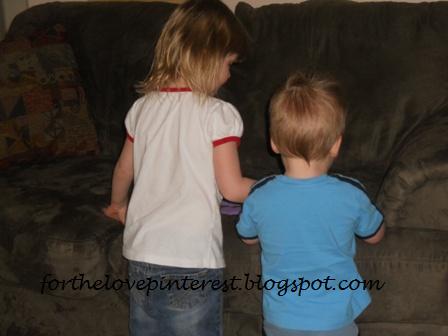