We do have a ring toss game (which I took along JUST in case) but I saw this idea on Pinterest and I wanted to see if it worked.
I have to say this was a great camping activity because it kept them busy and not loud in the morning while the rest of the world was sleeping.  All it took was some paper plates, masking tape, scissors, crayons and a paper towel roll.  First we sat down at our "table" and drew/coloured on all of the paper plates that mommy had already cut a hole in.  It wasn't the largest hole, as you can see from the picture. 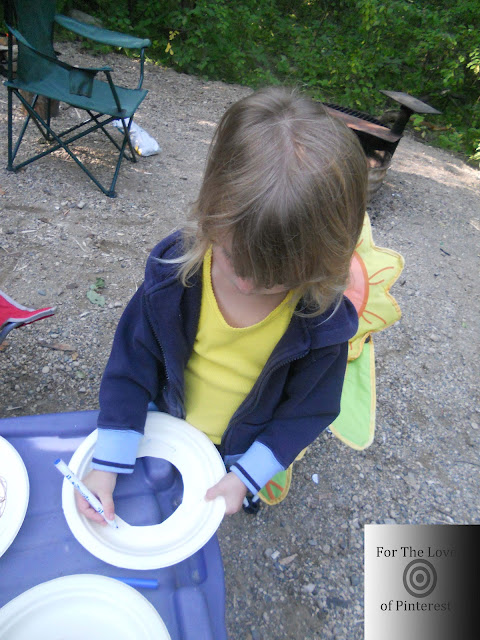 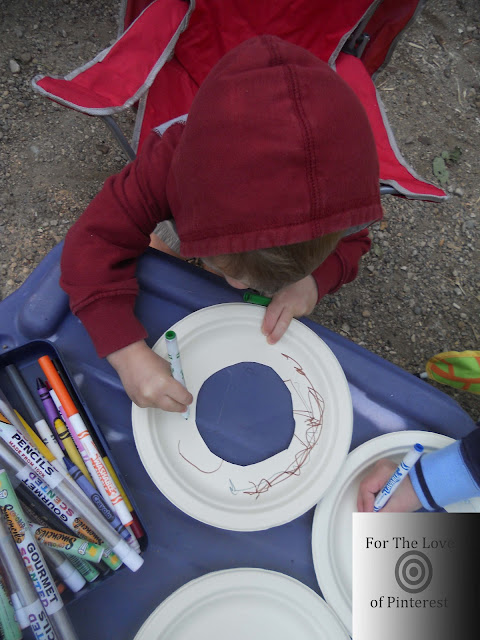 Next, mommy and the little helpers taped the empty paper towel roll onto a non-cut plate. 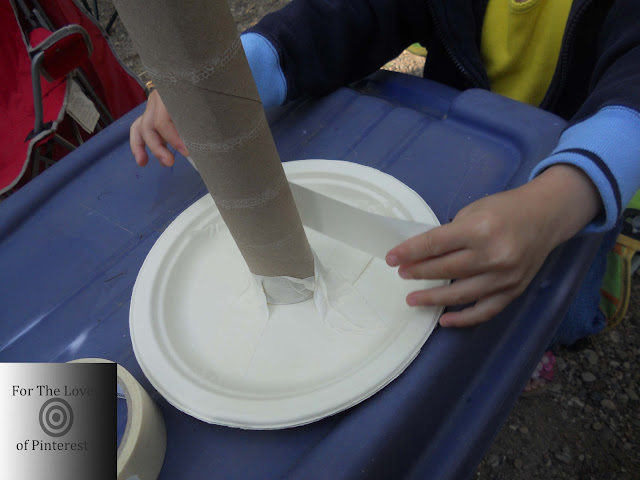 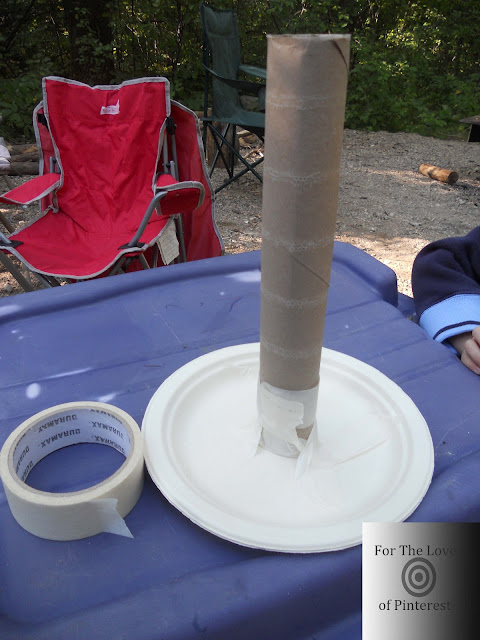 And finally, they tossed the rings and had a great time playing!  Even the grandparents got in on the action!  It was a great family activity!  Note to self - even though the kids had a great time just tossing the plates, next time I would cut out the WHOLE bottom of the plate and only leave the raised edge.  We weren't getting many of the rings onto the roll. 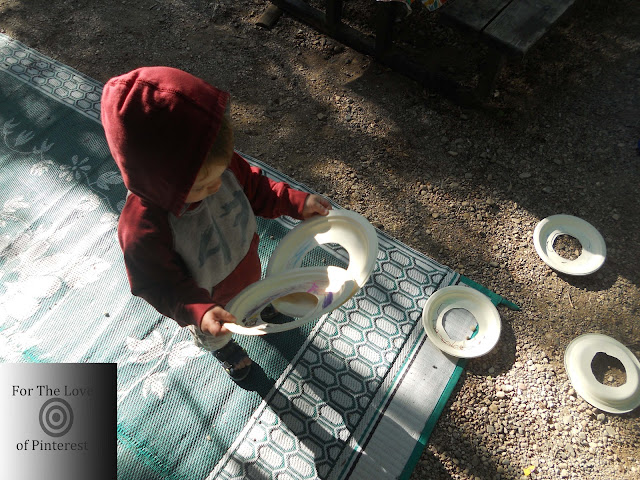 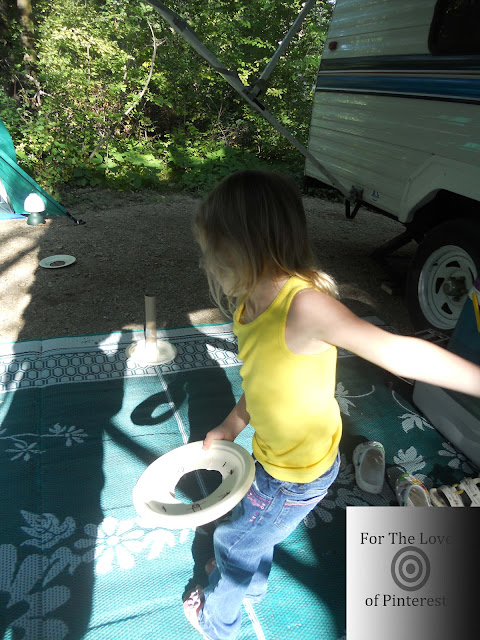